Active throughout the year, carpet beetles are common in the UK where they are found in domestic properties, museums and birds nests.

Whilst the adults are harmless, the larvae feed on fabrics, carpets, clothing, and furs.

Carpet beetles thrive in situations where they remain undisturbed i.e. under carpets, around skirting boards and in wardrobes.

Adult carpet beetles feed on nectar and pollen, and then after mating the female carpet beetle will enter houses during late summer and autumn, where she will lay her eggs in birds’ nests and in roof voids and other suitable places.

Eggs may hatch anywhere between 10 and 35 days, depending on the temperature, the larvae often remain in adolescence for over a year.

Adult carpet beetles appear in April, May and June and their resulting larvae hibernate over winter, until pupating during the end of February and March. 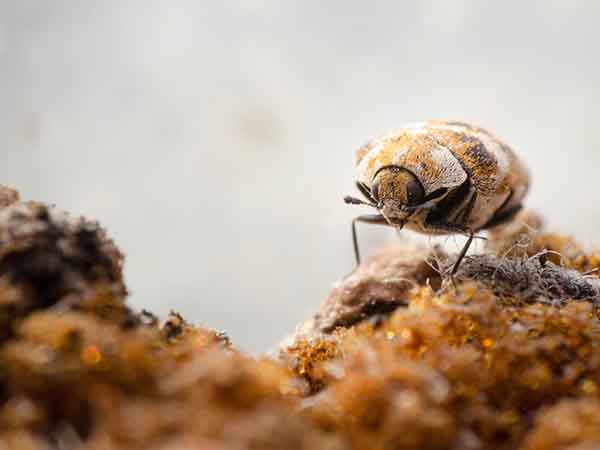 back to the Services Page